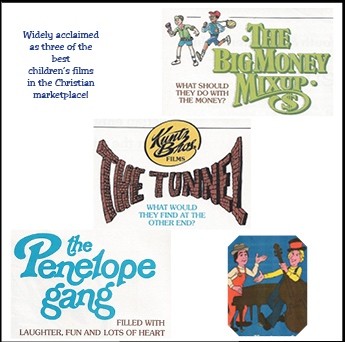 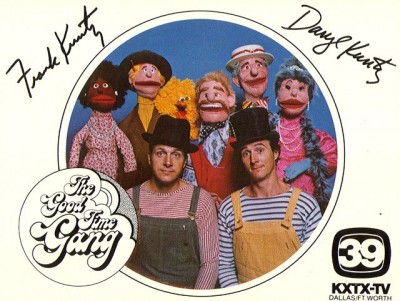 THE TUNNEL
An action comedy adventure film for the whole family.

What would they find at the other end?

A prize show horse, valued at $250,000 disappears without a trace. Eric, Liz and Sherman believe they know where the horse is. The kids team up with Ace, Eric's grandfather, and tell their story to the police who write it off as . . . "the harebrained idea of some goofy kids and a crazy old man."

That's when the kids take matters into their own hands. To further complicate things, two eccentric city detectives are out to prove themselves on their first case. As the kids unravel the mystery, they begin to discover things about themselves. Liz learns respect for others. Eric learns that God planned for us to be a part of each other's lives. They all learn that age is no barrier to friendship, as a special relationship develops between the kids and a group of senior citizens.

There's never a dull moment in The Tunnel. COMEDY, mystery, adventure and a spiritual message for all ages! "Getting involved in the lives of other people" . . . that's what it's all about! THE PENELOPE GANG
A heart-warming Christian comedy film for the whole family.

It took more than sweat and muscle to fix up that old circus calliope!

Team up six curious kids, a circus calliope, the slapstick antics of Frank and Darryl, Wadsworth the chicken and the love of God to bring it all together and you've got the makings of a delightful comedy film for the WHOLE FAMILY.

It all starts with a badly kicked soccer ball that leads the kids into an abandoned garage where they discover an old broken down circus calliope. What happens after that turns their quiet Saturday into the biggest adventure of their lives.

Each of them learns important lessons. Some learn of Christ's salvation. Others learn the importance of commitment, discipline, unselfishness . . . and love. Darryl even learns the difference between a chicken and a rooster when Wadsworth lays and egg in the final parade.

The PENELOPE GANG is a warm and happy story of kids being kids. Filled with laughter, fun and lots of heart, it's the kind of movie all of us remember but practically no one makes anymore! THE BIG MONEY MIXUP
A Christian comedy adventure film for the whole family.

A money box tumbles out the back door of an armored truck en route to a small town bank. Five kids stumble upon the box and haul it off to their clubhouse to discover they have $75,000 in cash. What should they do with the money?

In the meantime, the bungling armored truck drivers and their comical hound, Beaver, appear in town in various disguises, hoping to recover the lost loot. Lurch, the gullible cop, is always hot on their trail.

In the midst of the excitement of THE BIG MONEY MIXUP, the kids must come to grips with personal problems and conflicts within the group. Max learns that God created each person just as he is with a purpose in mind. The kids realize the importance of turning big decisions over to the Lord.

THE BIG MONEY MIXUP . . . Something For Everyone . . . Comedy, Adventure, Mystery, Tenderness, Togetherness and God's Love.