Music For a Child's Heart 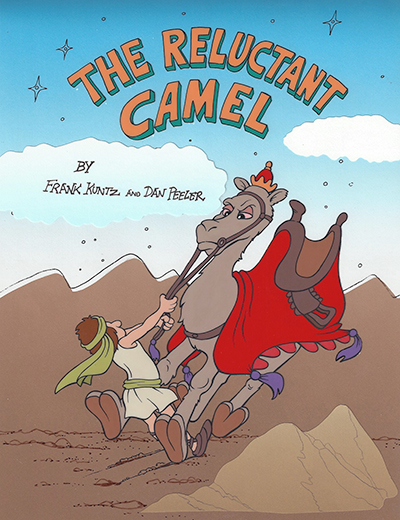 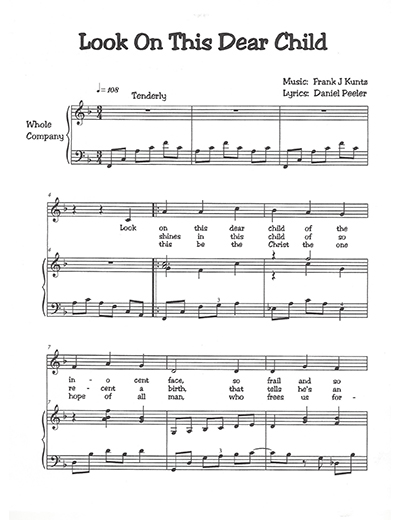 THE RELUCTANT CAMEL, a Christian children / family musical with piano accompaniment composed and written by Frank Kuntz and Daniel Peeler.
The work contains nine production numbers.
Casting requirements:  A group of children singers who will be chosen to participate in the casting of a camel, a donkey, a sheep, 3 Magi, Herod, a child, a priest, guards, angels and townspeople.

Introduction:
The story of the Wise Men and their search for the Christ Child has been told countless times but never exactly in this unique way . . . through the point of view or perspective of a camel.

The main characters of our version; a camel, a donkey, and a sheep; not only participate in the story, but also share with the audience their own observations about the weird actions of all those crazy humans.  The whole story is told as a humorous musical adventure, while teaching children (and adults) some interesting facts about the Wise Men’s journey that are not found in other productions.  For instance, the Wise Men were not in the stable to pay their tributes.  Their journey took at least two years and the Holy family had moved to a house by then.  The Magis’ entrance into Jerusalem was more of an event than the three guys on camels we see on Christmas cards.  These rich and influential men would have traveled with an entourage that would have made the population and Herod alike fear their presence.  Herod, whom history calls an old fox, would have used his trickery to try to charm the truth about the baby out of his guests.  We also learn about the seeming insignificance of Bethlehem and the real meanings of the Wise Men’s gifts.

A license agreement will be signed allowing needed rehearsals and performances within a particular time period.
Please contact us for details at 406-207-6808.  Fax: 406-982-3055
The performance license for this play is available for $189.00.